The second posthumous album from the late Brooklyn drill icon is set to drop July 16. 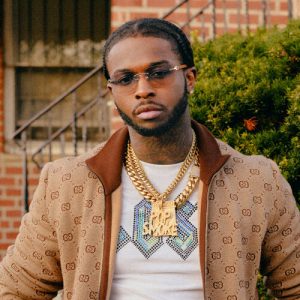 Another new album from the late Pop Smoke is coming out on July 16, Victor Victor Worldwide and Republic Records have announced. A title has yet to be announced. Watch the trailer for the forthcoming album below.

Pop Smoke, who was killed in February 2020 at age 20, has had multiple new songs released following his death. His debut album Shoot for the Stars, Aim for the Moon came out in late 2020. Migos and Polo G’s new albums both included Pop Smoke features. Pop Smoke also appeared in Eddie Huang’s film Boogie, and a new song called “AP” was released as part of the film’s soundtrack. A song called “Lane Switcha” was released on the F9 soundtrack—a collaboration from Pop Smoke, Skepta, A$AP Rocky, Juicy J, and Project Pat.