Tyler, The Creator: “I’m so Good, but can’t get Why Outlets didn’t Post My BET Award Performance”

He’s proud of his performance and doesn’t understand what he needs to do to be recognized by certain outlets. 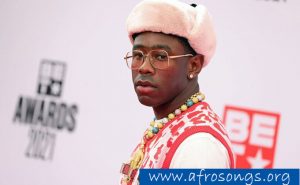 It’s been an amazing weekend for Tyler, The Creator. Not only is he poised to have another No. 1 album with Call Me If You Get Lost, but he took to the BET Awards stage for the first time. The rapper gave an incredible performance of “Lumberjack” that is still being talked about among fans, but it seems that Tyler doesn’t believe that it is being appreciated to the extent to which it deserves.

Tyler was recently on Livestream where he was sharing music with viewers and he took a moment to speak about his BET Awards performance being undervalued.

He played a beat and praised himself for being “so f*cking good” before adding a few thoughts. “I know y’all saw my performance last night. It was really good and it sucks, like, I’m like damn, am I at a point where like, will it still get posted on all the ill outlets? Not that it overly matters, but like, that performance was so good and I still can’t get something that good still posted on these outlets.”

“It’s like, f*ck dude. Like, f*ck! Whatever.” Instead of continuing to worry about it, Tyler just cranked up his music that much louder. Check out the clip below, along with a video of Tyler, The Creator’s 2021 BET Awards performance.