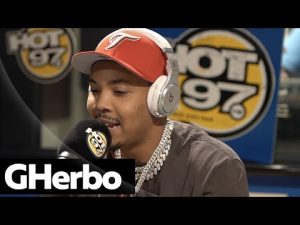 G Herbo shows how much he has grown in his latest Funk Flex freestyle.

Nearly a week after the release of his new album 25, the platinum-selling Chicago rapper has linked up with Funk Flex for the 160th installment in the veteran DJ’s ongoing freestyle series, and the nearly three-minute finds G Herbo waxing poetic about all the changes in his life over the past year.

G Herbo’s latest Funk Flex appearance officially marks the fourth time that he has stopped by the Hot 97 DJ’s studio to freestyle, after 2017, 2018, and 2020.